For Doctor Who fans there’ll always be the argument over who was the best doctor, whether he/she should be referred to as ‘Doctor Who’ or simply, ‘The Doctor’ and even whether the original series is better than the new one.

Common ground however for all Doctor Who fans is that they love their memorabilia; and the opportunity to get their hands on even the smallest piece of the iconic show’s history is rarely passed up.

Gorringe’s of Lewes, one of the south’s leading auctioneers, is holding an auction where five rehearsal scripts for the original four episodes of series 2 - and one later one - are being sold. The Lot has an estimate of £1,500 - £2,000. 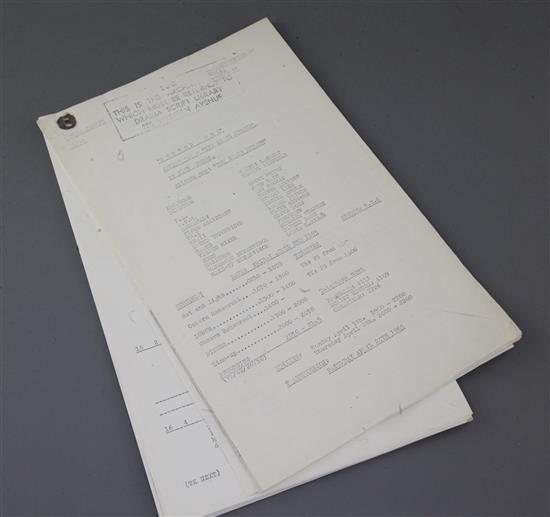 Set in a space museum on the planet Xeros, the serial has the time traveller the First Doctor (William Hartnell) and his travelling companions Ian Chesterton (William Russell), Barbara Wright (Jacqueline Hill), and Vicki (Maureen O'Brien) looking for a way to change their fate after seeing themselves turned into museum exhibits in the future.

When is the auction?

The auction will take place on Tuesday 12th March at 10am GMT - with live online bidding available and in person at Gorringe’s auction house, Lewes.

To register your interest in the auction, go to the Doctor Who lot page and click to make an enquiry, or bid and track the lot. (Lot 1).