Gorringe’s founder, Rowland Gorringe, had been practicing as a partner in the Lewes estate agents, Martin and Gorringe, trading from premises in School Hill, in Lewes.

Lewes House, also in School Hill, was the home of Edward Warren, an eccentric, wealthy American, who had amassed a remarkable collection of fine furniture, antiquities , paintings and works of art. Upon his death in 1928, Warren left Lewes House and its contents, to his secretary Harry Asa Thomas, who instructed Rowland Gorringe to dispose of the entire contents over a three day sale, commencing Tuesday 22nd October 1929. 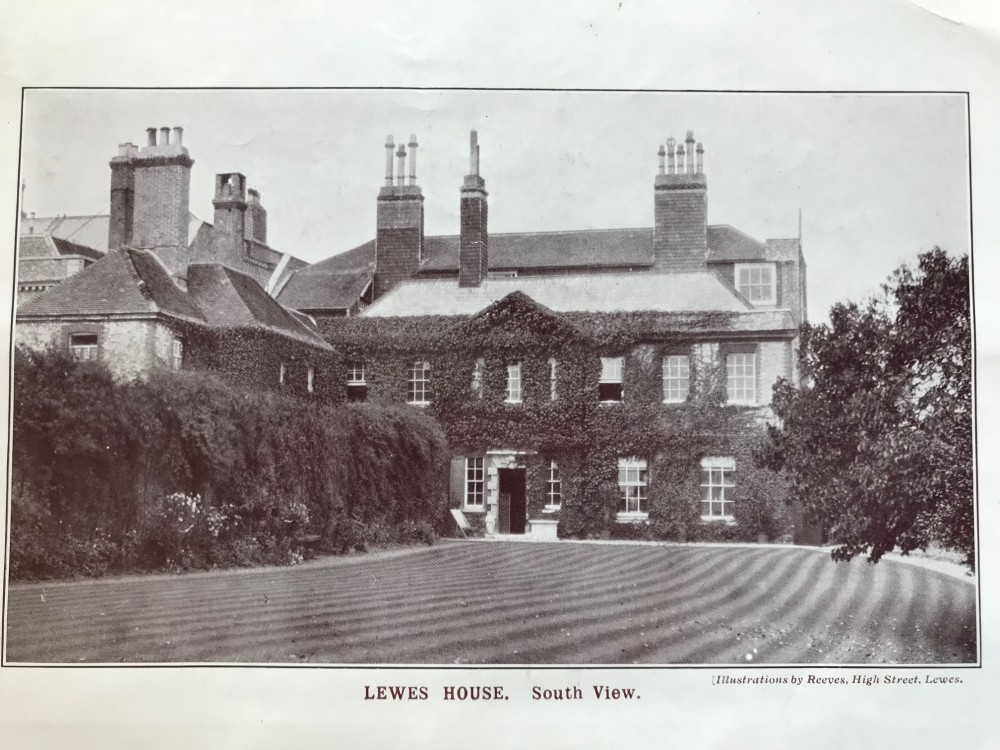 Lewes House from the gardens in the 1920s

Lewes House from the gardens in the 1920

The dining room at Lewes House

The dining room at Lewes House

The dining room at Lewes House, showing the impressive Elizabethan oak draw-leaf table, which sold for £2,150

The sale drew international interest, with buyers attending from the U.S.A, Australia and the Continent. Most notable pieces were Rodin’s, The Kiss, (unsold at £5,500) and the German artist,  Lucas Cranach the Elder’s (1472-1553) painting, Adam and Eve, selling for £2,200, (reappearing on the market in the 1980s and selling for £2,200,000!) The painting now hangs in the Courtauld Institute.

Rowland Gorringe conducted the whole 778 lot sale, which totalled £13,566 (the equivalent of over £600,000 at today's values) and soon became ‘’the man’’ to consult in Sussex for the sale of Antiques and Works of Art. 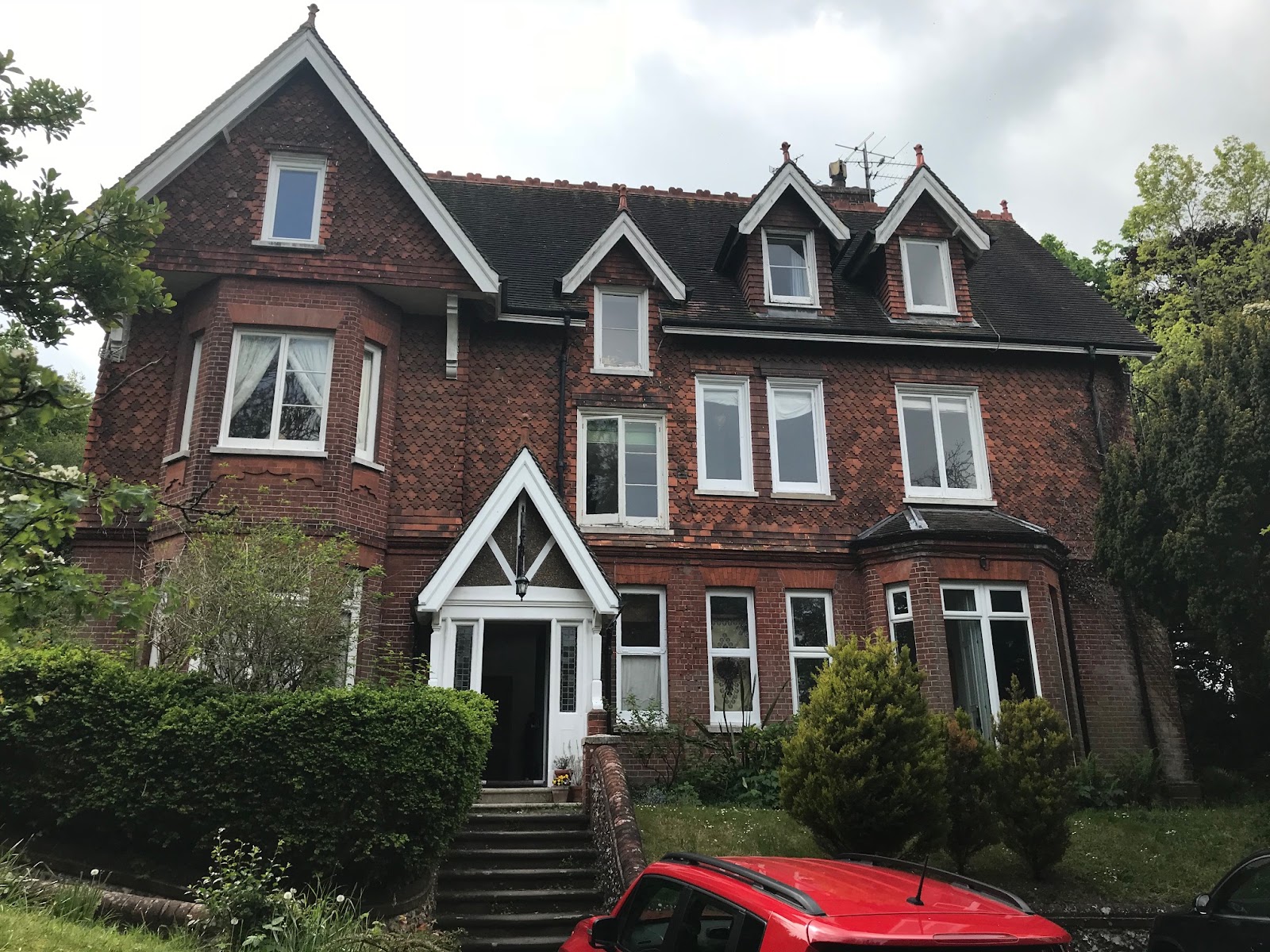 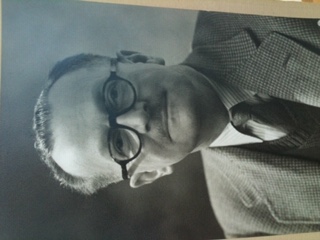 Throughout the 1930s, Rowland Gorringe was called upon to sell the contents of numerous country houses throughout Sussex, building a reputation as an excellent auctioneer and valuer.

Eventually it became necessary to operate from a permanent location to conduct collective sales, so Wallands House, in King Henry's Road, Lewes, was acquired. Periodical sales were held there before and during the Second World War, after which - in 1946 - the business moved to new, much larger premises, at 15 North Street, Lewes.

Soon after acquiring this property, which had previously been used for a variety of uses, including carpet beating, a glue factory and at one time a morgue, Wallace (Wally) Stuart, upon leaving the RAF, was appointed as general manager and auctioneer, continuing until his retirement in 1983.

In 1956, a young Mary Penfold (later Mary French) joined as a secretary and gradually became a vital element in the business, taking over the accounts and day to day organisation, retiring after 44 years of loyal service, in 2000.

After Rowland Gorringe’s death in 1958, Wally Stuart was joined on the rostrum by Rowland’s son, Grahame. Whilst Wally was known as the ‘’silent auctioneer’’, for his quiet, but highly effective style, Grahame was more flamboyant, interjecting amusingly witticisms at appropriate moments.

During the 1950s a regular pattern emerged for collective auctions to be conducted every six weeks, over one or two days and later three, even four days. The largest sale ever conducted was in the early 1990s, when 3,850 lots were sold over four, very hectic, days. In 1981, Philip Taylor arrived from the Cotswolds to join the partnership, later to be joined by Clifford Lansberry in 1999. 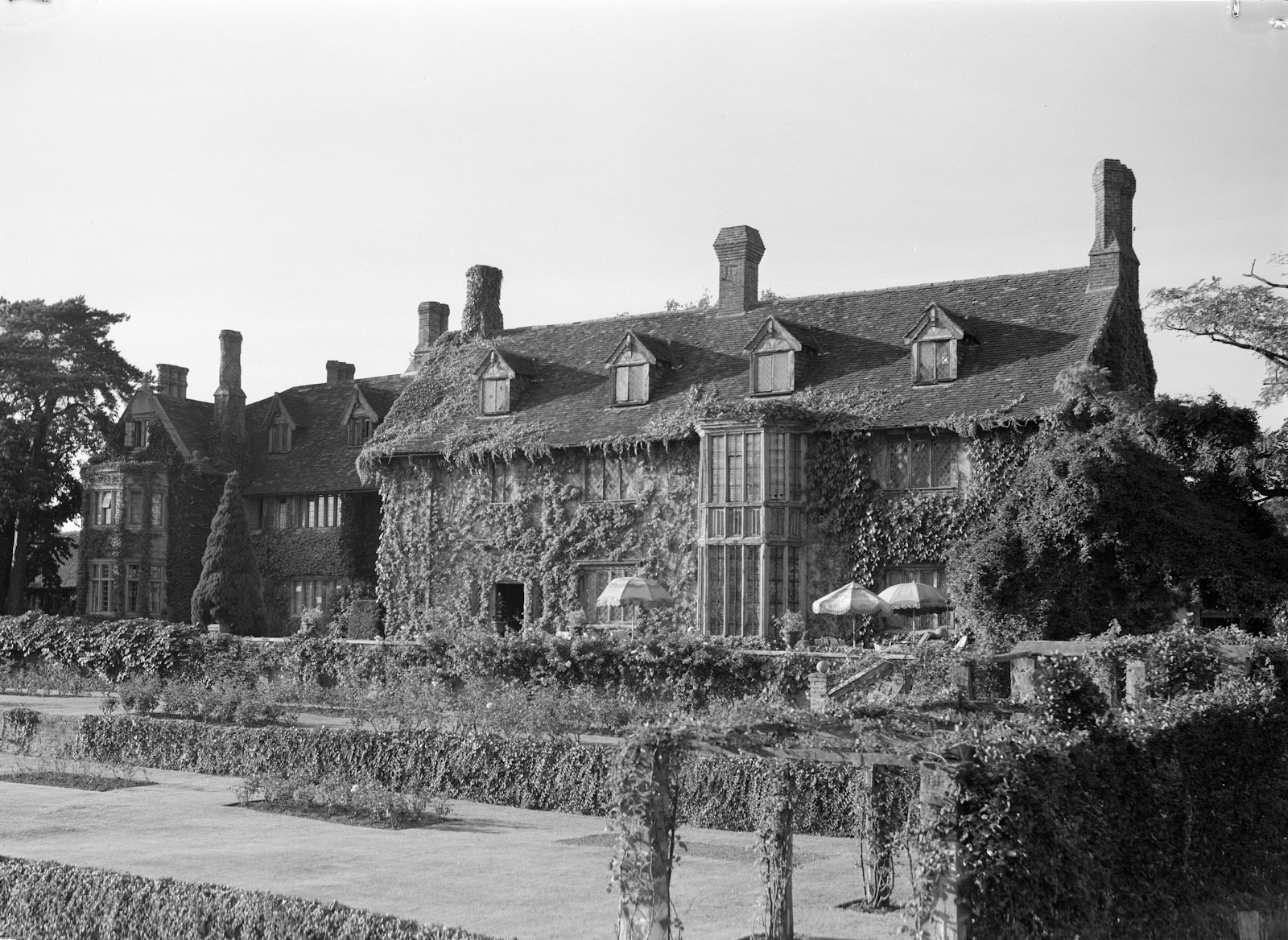 Occasionally, when appropriate, on the premises auctions of the contents of large country houses were held, most notably at Shoppenhangers Manor, near Maidenhead (1965) , Aldwick Grange, Bognor Regis (1966), and Jevington Place, near Eastbourne (1986).

In addition, a series of on the premises sales of the contents of private schools were held in Seaford in the early 1980s, at St. Peter’s, St. Wilfred’s and Blatchington schools, with a further sale in 1998, at West Heath, Sevenoaks. This latter sale caused a great deal of interest, as it had been attended by the late Diana, Princess of Wales, who as Diana Spencer, had won the cup for ballet dancing. The two handled plated cup (normally worth £10-15), bore her name as winner in 1976 and was purchased for £7,000 by the Daily Mirror newspaper.

We have had a series of extraordinary results over the years.  To mention only a few, these include:

In 2017, weekly sales started being conducted from our North Street premises, following closure of the Garden Street venue after the retirement of Julian Dawson, who had conducted sales for over 46 years.

We now boast the biggest, busiest and most successful weekly auction in the UK. Our weekly Monday sales of 800-900 lots regularly achieve £80,000-£100,000, with  payment being issued only two days later!

Our flagship quarterly Fine Art, Antiques and Collectables auctions, for which lavishly illustrated catalogues are produced, regularly total £700,000 to £1,000,000.

The British embassy in Paris 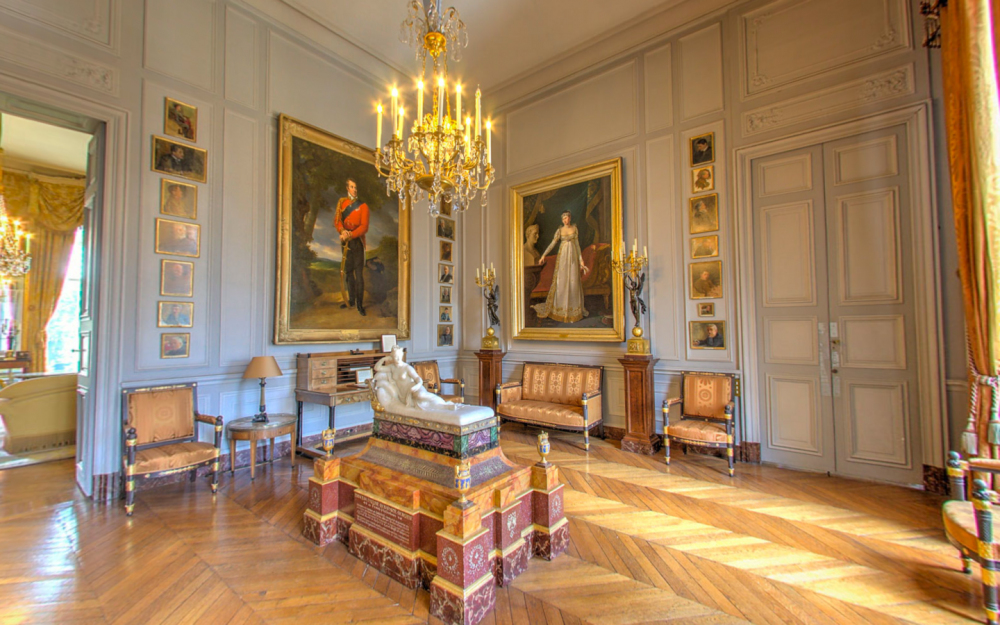 The British embassy in Paris

The British embassy in Paris, our most important overseas contents valuation. 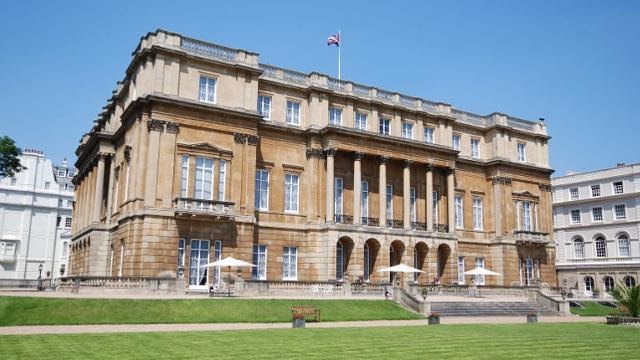 In addition to the thriving auction business, Gorringe’s runs a very busy valuations department, which was awarded a contract from the Foreign and Commonwealth Office (FCO) to value the contents of a large number of  British Embassies, Consulates and High Commissions, throughout the World. This included residences in North and South America, Australia and New Zealand, China, the Far East and throughout Europe, the latter including the wonderful contents of the Paris embassy (probably the most important contents valuations ever undertaken by the firm).

Following completion of that contract, the FCO requested a valuation of their principal sites in London. This included another outstanding contents - that of the Lancaster House. 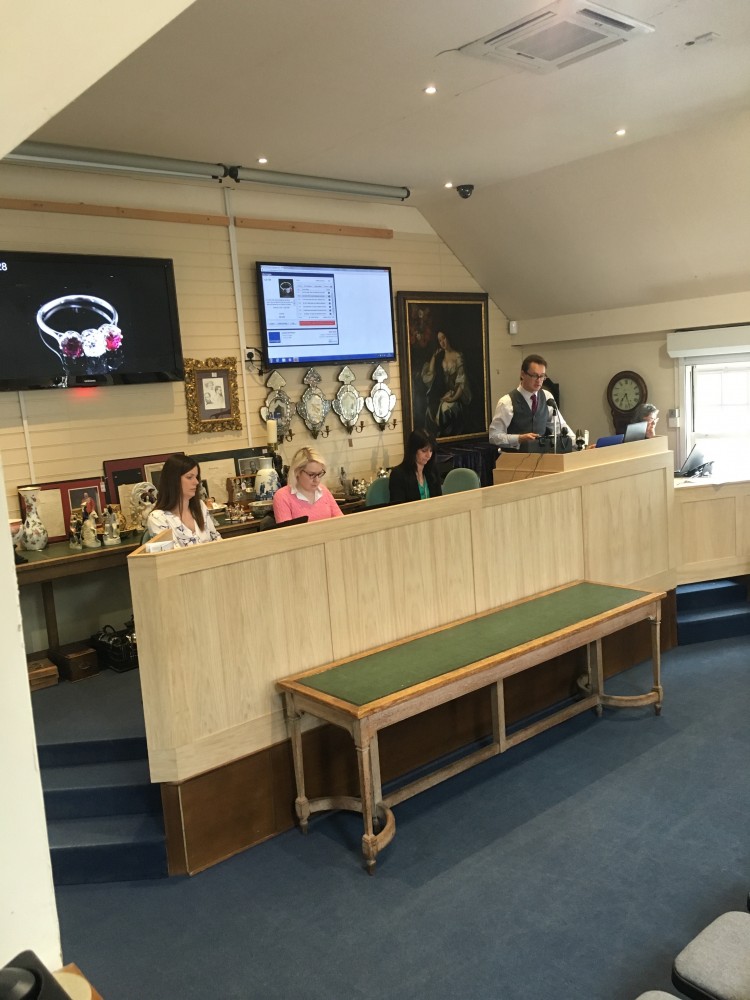 An auction day, with the auctioneer receiving bids from: those present, absentee bidders (via commissions left), telephone bidders and live bidding via the Internet. 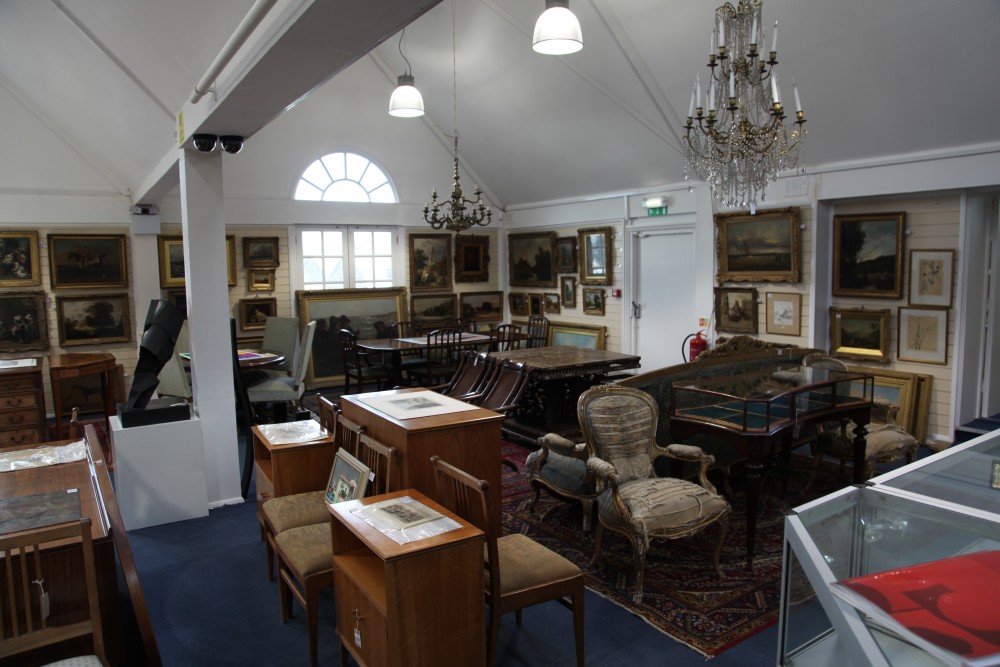 A View of One of Gorringe's Galleries

A view of one of our six galleries

The Advent Of The Internet And Online Bidding

Gorringe’s continues to grow and - with the advent of the Internet and online bidding - our business flourishes.

In excess of 50% of all sales are generated by successful Internet sourced bids, a trend that increases year by year.

Announcements of sales, full cataloguing, photographs and condition reports by email, reach over half a million prospective bidders for each sale! 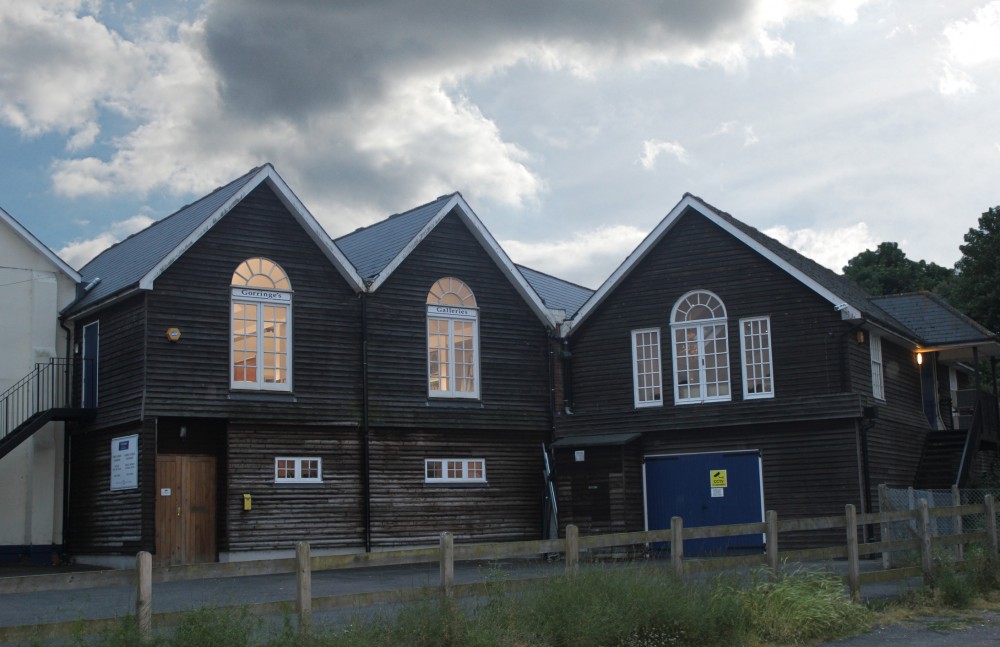 Our premises at 15 North Street, Lewes.