Ahead of the Autumn fine sale, where we feature three fantastic examples of the Snuff box, we take a more detailed look at the Snuff box, its history and what to look for when collecting this fascinating antique.

Snuff is a smokeless tobacco made from ground tobacco leaves. It is inhaled or "snuffed" into the nasal cavity, delivering a swift hit of nicotine and a lasting flavoured scent.

Snuff originated in the Americas - later being adopted in Europe - and found itself in common use by the 17th century.

Traditional snuff production consisted of a lengthy process  in tobacco snuff mills, where select tobacco leaves were cured or fermented before being  given the individual characteristics for each type of snuff blend.

Snuff is usually scented or flavoured, with some blends taking months, or even years, of special storage to reach maturity.

What are Snuff Boxes?

Snuff boxes are generally pocket sized boxes designed to hold a few grams of snuff for immediate consumption, or communal boxes made for table use.

Because snuff dries out if exposed to air for long periods, snuff pocket  boxes were designed to be nearly airtight containers with strong hinges, generally with enough space for a day or twos' worth of snuff.

Probably the most famous example of a communal snuff box is kept at the door of the House of Commons, in UK parliament. A tradition sparked when smoking was banned in the chamber in the late 17th century, snuff, is distributed on demand and free of charge to MPs.

What to look for in a Snuff Box

At the peak of its popularity, people of all social classes used snuff boxes, with the wealthy carrying a variety of elaborately designed boxes, created by craftsmen in metal, jewellers and enamellers. Many of these were painstakingly handmade and decorated in materials such as gold, silver and ivory and often adorned with artwork, gems and precious stones.

The most widely used semi-precious metal was silver, while other popular materials used in the making of these boxes included Tortoiseshell and Mother-of-Pearl.

The poorer classes’ snuff boxes were much more ordinary; often made from papiermâché or even potato-pulp.

Something to be aware of when collecting snuff boxes is the use of alloys that resembled gold or silver. This was developed in the 18th and 19th centuries and examples, such as the ersatz gold Pinchbeck and the silver lookalike Sheffield Plate, were used to make the boxes more affordable.

Snuff box lids were often adorned with a portrait or classical vignette, with the most expensive just using different subtle colours of gold.

At Gorringe’s, we often feature Snuff Boxes in our auctions and in this Autumn’s fine sale, we have three - found in a locked filing cabinet as part of a probate sale. 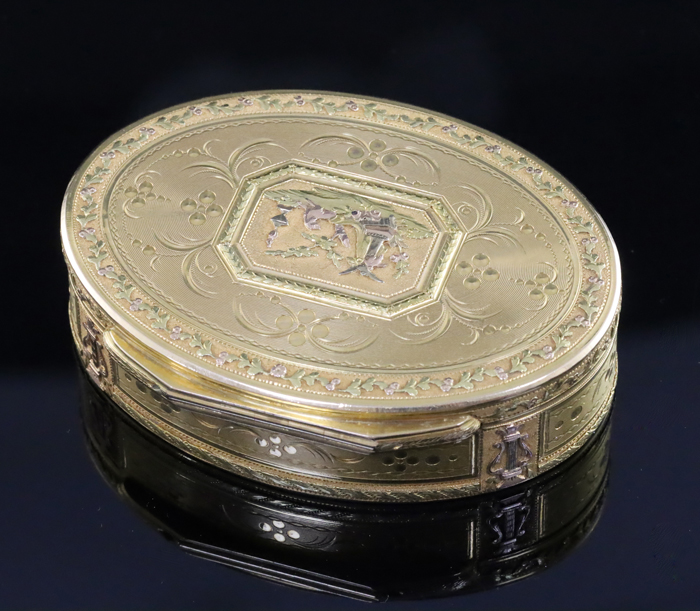 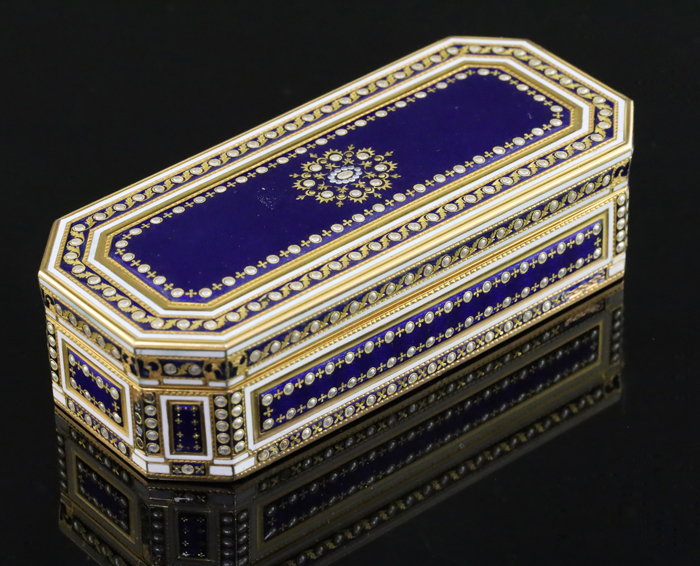 Be sure to keep an eye out for these fantastic lots in our Autumn Sale, on Tuesday 1st October 2019.