We will be auctioning the entire stock of Pavilion Opera including costumes, wigs, weapons & props on 24th October

There are 75 lots arranged by production. The costumes are from 23 productions:

Viewing on:
Friday 19th October 9am to 5pm

Saturday 20th October 9am to 1pm

Monday 22nd October 9am to 5pm

Tuesday 23rd October 9am to 5pm

For further information, please contact Philip Taylor on 01273 472503 or philipt@gorringes.co.uk

Curator Freddie Stockdale says of the history behind the collection:

"The irony of our first production (Cosi Fan Tutte, 6 performances in the newly built Garden Pavilion August 1981) is that were no plans for a second until Ted Fawcett, who’d been brought by a neighbour to the last performance, and who was then Head of Music for the National Trust, hadn’t persevered in knocking on the door, in pouring rain, to ask if I’d bring the show to London the following summer.

38 years, over 2,000 performances, 5 continents, and 20 overseas countries later, it has finally, and reluctantly, become time to stop.

Our grandest performances were in Versailles, the Louvre, Ely Cathedral and Blenheim, our smallest in the Residence salon of the British Ambassador in Algiers and Mrs Alan Bond’s dining room in Australia. For many years we went regularly to France, Holland, the United States and Japan, with just occasional outings to pre-glasnost Moscow and pre-ISIS Karachi. It says something for the sturdy nature of our costumes, all commissioned and cared for since 1982, that they have survived these adventures so well" 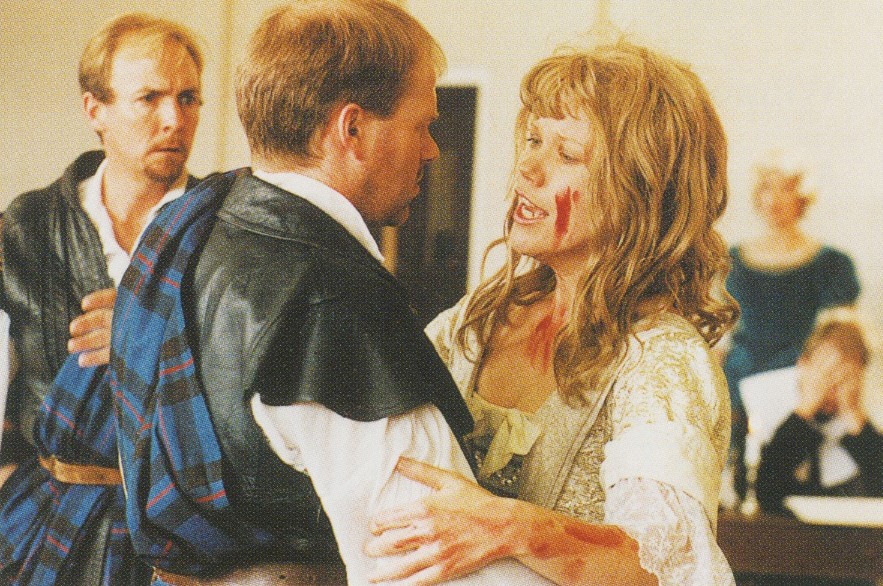