Gorringe’s will be donating a percentage of this sale to Alzheimer’s Society. Buyers and sellers have the option to further donate through the Julian Dawson Just Giving page.

The Funeral will be held at Venue St. Anne’s Church, Lewes on 3rd May 2022 at 2 pm. Private Cremation at Woodvale at 3.30 pm by appointment only. Funeral reception at Southdown Club after St Anne's. 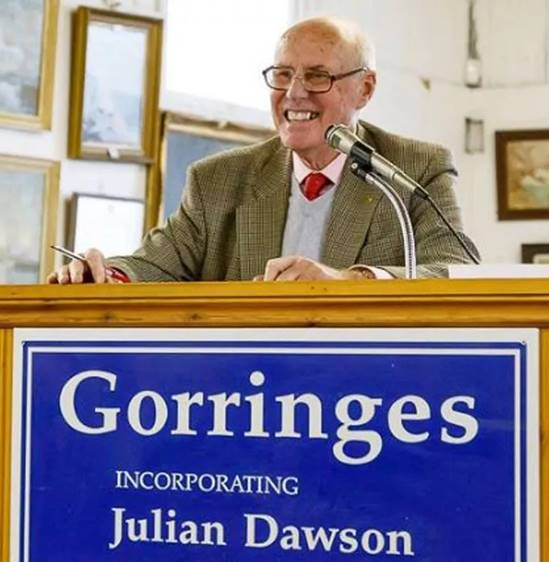 An Obituary written by Philip Taylor

It is with great sadness that we announce the death, at the age of 82, of Julian Dawson, our much loved former colleague and partner, writes Philip Taylor of Gorringe’s.

Julian was educated at Wellington College, Berkshire and in 1959, after a brief spell teaching French, he joined J.R. Thornton & Co., the Lewes cattle market auctioneers, in Garden Street, Lewes.

Julian spent the rest of his working life there and, occasionally, at Hailsham market, graduating from booking in and auctioning the whole array of market goods, from eggs, rabbits, and garden produce, to cattle, sheep and pigs. Along with the general market, there’d be a selection of second-hand furniture, including some antiques.

It was this section that interested Julian. So 1996, with regional markets struggling against supermarket giants, Julian bought out the Thornton partnership, to include the Garden Street site. Rebranding the business as Lewes Auction Rooms, he concentrated on conducting weekly sales of household effects, with some produce and monthly auctions of antiques.

In 2001, the business amalgamated with Gorringe’s, under the name - Gorringe’s incorporating Julian Dawson.

Over some 54 years, Julian would climb the rostrum, without fail, every Monday and regularly sell 700-900 lots (which equates to around 2,000,000 lots! Has a weekly auctioneer ever sold more?)

His distinctive auctioning style - rapid (around 150 lots an hour), with his booming, commanding voice, unaided by microphones, was a regular attraction to hundreds of weekly buyers. He very rarely missed a sale, only occasionally for golfing trips, or the odd illness. I did offer to assist for one auction, which included a formidable 980 lots, but was firmly told, ‘’I don’t need any help Philip, it’s like riding a bike to me!’’

He possessed a great sense of humour, wit and a great recall of clients names, on view days and from the rostrum.

In his time he was probably the best known personality in the Lewes area. An excellent all round sportsman, especially in cricket, hockey and golf, where he was President of Lewes Golf Club,  (but not so at snooker, his highest beak being around 16…). He was a season ticket holder for both Sussex County Cricket and Brighton and Hove football.

Initially a member of Lewes Round Table, he went on to join and become President of the Lewes Rotary club.

His last sale took place on Monday, 19th December, 2016, followed by a very pleasant wine and canapé evening, attended by some 200 employees, past and present, friends and clients, old and recent, during which many spoke of their fond memories of his tenure of well over 50 years. 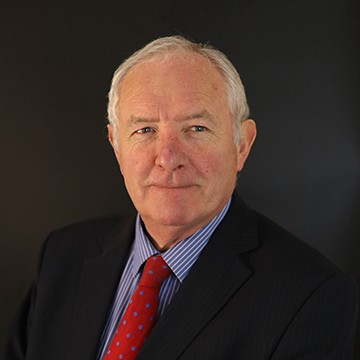