One of the highlights in the book section of our Spring 2017 Book section, will be a handsomely bound edition of Dr. John Hill’s - British Herbal. Published in London in 1756, this fine copy contains 75 hand coloured plates of British plants and trees, illustrating some 1500 specimens, contained in a fine marbled calf binding.

Sir John Hill (1714–1775) was one of Georgian England’s most vilified men despite having contributed prolifically to its medicine, science and literature. Born into a humble Northamptonshire family,  he started out as an apothecary, went on to collect natural objects for the great Whig lords and became a botanist of distinction. But his scandalous behaviour prevented his election to the Royal Society and entry to all other professions for which he was qualified. During the 1740s, and especially in 1746–1747, Hill attended many meetings of the Royal Society, and there presented the results of several of his studies, both in the field of botany (on the propagation of moss), medicine (a surgical operation to remove a needle from the abdominal wall of a man), and geology-chemistry (on the origin of the sapphire's colour, on chrysocolla, on an alternative to Windsor loam for the making of fire-resistant bricks).

On the basis of these contributions, Hill apparently hoped to be elected Fellow of the Royal Society. Furthermore, he had the backing of several members of the Royal Society: the botanist Peter Collinson, the physician and scientist William Watson, and the antiquarian William Stukeley. Moreover, Hill had links with important nobles: John Montagu, 2nd Duke of Montagu and Charles Lennox, 2nd Duke of Richmond, also Fellows of the Royal Society; and Sir Thomas Robinson, Governor of Barbados and antiquarian. Despite Hill's merits as a scientist (at a time when many Fellows had no scientific background) and his relations, his election to the title of Fellow failed to materialise.

Disappointed by the Royal Society's lack, in his opinion, of scientific standards, Hill started to criticise the Society. In December 1749, he started writing anonymous, critical reviews of some articles published in the Philosophical Transactions. Moreover, in January 1750, Hill began a campaign of criticism and derision against the Royal Society by publishing, under an alias, a treatise entitled Lucina sine concubitu. A letter humbly addressed to the Royal Society; In which is proved, by most Incontestable Evidence, drawn from Reason and Practice, that a Woman may conceive and be brought to bed, without any commerce with Man. Under the false name of Abraham Johnson, a physician and man-midwife, Hill pretended  to have observed cases where women had become pregnant without having had any kind of sexual relations with a man.

Yet by the time he died, he had been knighted by the Swedish monarch and become a household name among scientists and writers throughout Britain and Europe. 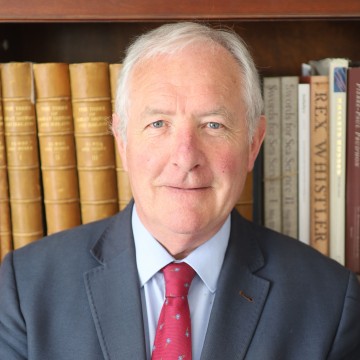