The Studio Sale of William Shackleton & May Furniss

William Shackleton was born in Bradford, the son of a paper manufacturer and merchant.

He was educated at Bradford Grammar School and then studied art at Bradford Technical College.

In 1893 he won a scholarship to study at the Royal College of Art where in 1896 he gained a British Institute Scholarship.

He became part of the small “plein air” colony of artists  working at Amberley in Sussex, which included Edward Stott and he commenced exhibiting at the New English Art Club.

He later studied in Paris and Italy. On returning to London he took a studio with Philip Connard the decorative and portrait painter in Chelsea.

In 1915 he married the artist May Furniss (Marion Elizabeth Furniss) whom he had met whilst he was teaching at the Slade School of Art.

The couple divided their time between a house in Fulham and a cottage at Malham in Yorkshire.

Shackleton exhibited at The Royal Academy and all the major galleries.  He was elected a member of the New English Art Club in 1909.  He had several one man shows including The Barbizon House in London in 1927.

In the late 1920’s he took up sculpture but the repetitive use of a sculptors chisel resulted in angina which brought about his death in 1933. He was buried at Malham.

He is represented in all major Art Galleries in the North of England, particularly in his native city of Bradford.

Marion Elizabeth Furniss (known as May) was born in Epsom Surrey in 1874 the daughter of a Corn and Coal Merchant.

She studied at the Slade School of Art where she met William Shackleton and they were married in 1915.

She enjoyed a wide circle of female artist friends including Laura Knight.

She exhibited at The Royal Academy and elsewhere from 1900.  During the 1920’s and 30’s she taught privately.

After the death of William Shackleton, May was faced with the task of dispersing his unsold works. She managed to interest a number of galleries in the North of England into accepting some of his larger canvases, but the strain involved caused her to have a nervous breakdown and she went to South Africa to restore her health. Whilst there she painted both landscape and figure subjects.

She continued to paint into the 1950’s and returned to Epsom for the last few years of her life.  She died in 1957 and was buried with William Shackleton in Malham.

The studio sale of William Shackleton and May Furniss has come through descent from the Furniss family, with the exception of a number of items given to the Furniss family by Constance-Anne Parker (born 1920) who was a pupil of May Furniss.  Miss Parker later became Head Librarian at the Royal Academy.

The collection will be sold at our Auctions in June 2018.

For further information please contact Clifford on 01273 472503 or Clientservices@gorringes.co.uk 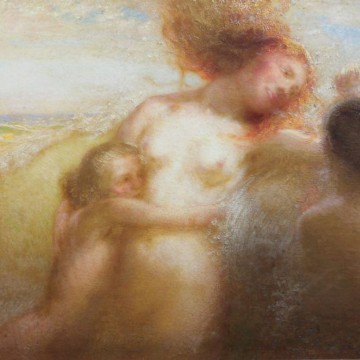 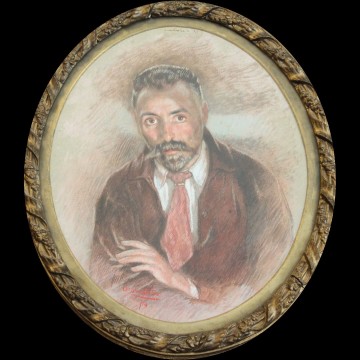 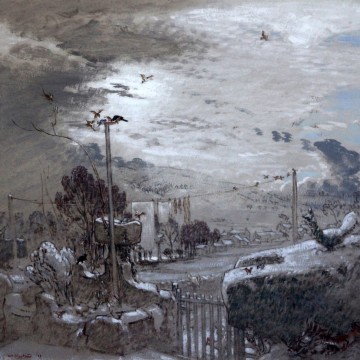 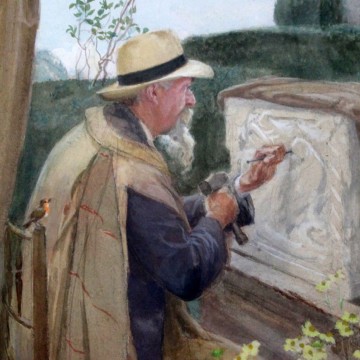